Following an invitation by Liesbeth den Besten for the exhibition „Jewellery Unleashed!“ at MMKA/ Netherlands Susan Pietzsch and Valentina Seidel produced the work spring/summer_11 mirror caps. Mountable accessories for the car brand „MINI“ are staged in this work as jewellery on the body.

„The collaboration between Susan Pietzsch and the German photographer Valentina Seidel started during workshop in 2000. Since then, numerous collaborations in different media took place that are all informed by the interface between fashion, jewellery and art. Since 2004, both have worked on the photo series „woman and car“, in which they refer to and exaggerate various gender specific cliches regarding the subject car. Woman, so they say, buy and use their cars differently than men. The photographic works of Susan Pietzsch and Valentina Seidel often show woman with car parts that seem to take on the functionality of garments – a reference to the car as a second skin that displays a certain life style or fakes it.

The adornment-factor of the car is also addressed. Previously precious jewellery served as adornment for a woman and as investment – meanwhile the car has taken over the function of jewellery, since it is used similarly to a piece of jewellery for adornment, luxury and as image promotion.“

(Anne Schloen from the publication „reloaded – creative strategies on cars“, published by Schmuck2 in 2008.) 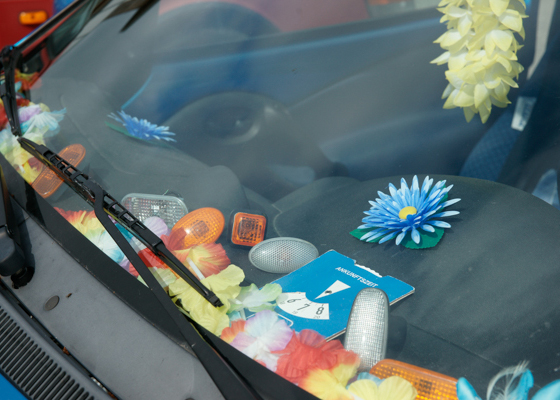 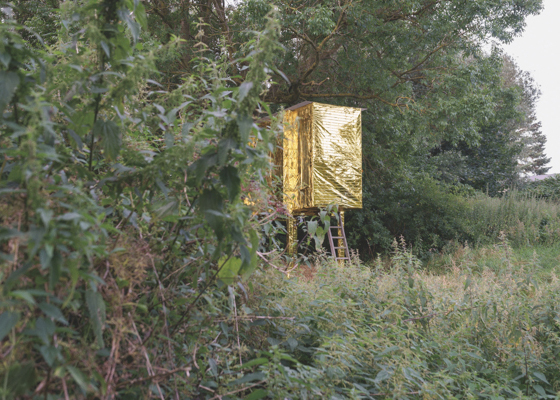